Quartetto Bonetti, based in Brisbane and Noosa, is an ensemble committed to presentations of musical excellence in quartet music. The ensemble consists of strings, clarinet and piano, in a variety of combinations, and performs a repertoire of varied styles according to request. Repertoire ranges from the Classics to Scott Joplin, from “swoon” music of Kreisler to the Beatles.

“This music does your soul good. It was the perfect music to set the perfect atmosphere and we were so lucky to have such a beautiful wedding day”.  Wedding couple.

Whether for a concert, or to add ambiance to a corporate launch or private function, Quartetto Bonetti can select a blend of programme styles which will add colour and panache to the occasion.

To enquire about Quartetto Bonetti performing at your next function please see contact detail at the base of this page.

~
Would you like assistance with that ultimate challenge – the Wedding Speech?

Email Ruth to book your sessions – so you can be fantastic on your feet and shine in the spotlight! 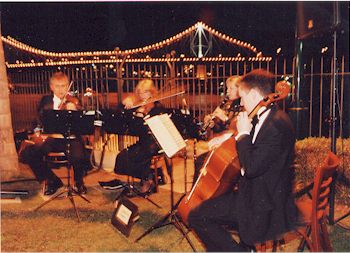 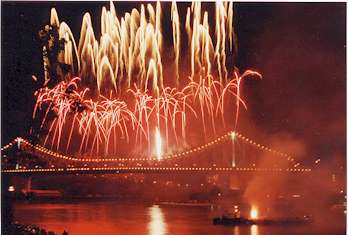 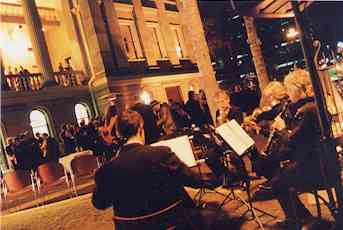 During his extensive career in Australia and Europe, Antoni has played with leading London orchestras and was concertmaster of Norrlands Operan, Sweden and of the Queensland Theatre Orchestra. He is founding conductor and Artistic Director of Brisbane Symphony Orchestra & Noosa Orchestra and is in demand as an adjudicator, conductor, and presenter of masterclasses and workshops. Antoni lectures at the University of Queensland-School of Music and is Senior String teacher at good Shepherd Lutheran College, Noosaville.

Ruth has performed, taught, and given masterclasses throughout Australia, and in America and Europe. Author of 10 books including the popular method, Enjoy Playing the Clarinet (OUP) and Confident Music Performance, Ruth is in demand for lectures and workshops to ensure performance confidence. She has presented these at most major universities and schools across Australia; for 15 years she was adjunct lecturer at the Queensland Conservatorium and is an A.M.E.B examiner. Ruth has performed concertos in London, Sweden, Germany, Sydney, and with Brisbane Sinfonia.

Various guest violists and pianists are invited to perform with the quartet at each function.

Matthew graduated from the Queensland Conservatorium, Griffith University, with a Bachelor of Music in 1990, and completed a Graduate Diploma in Performance the following year. He followed this with studies at the Tasmanian Conservatorium with Christian Woytowicz. He now combines teaching and performing with the Queensland Philharmonic and Symphony Orchestras, and is principal cellist with the Brisbane Sinfonia. As a composer and arranger, Matthew has contributed to the repertoire of Quartetto Bonetti.